This year Courtney wanted a fake ice-cream cake, but she also wanted a paint splatter cake, so we combined the two ideas! 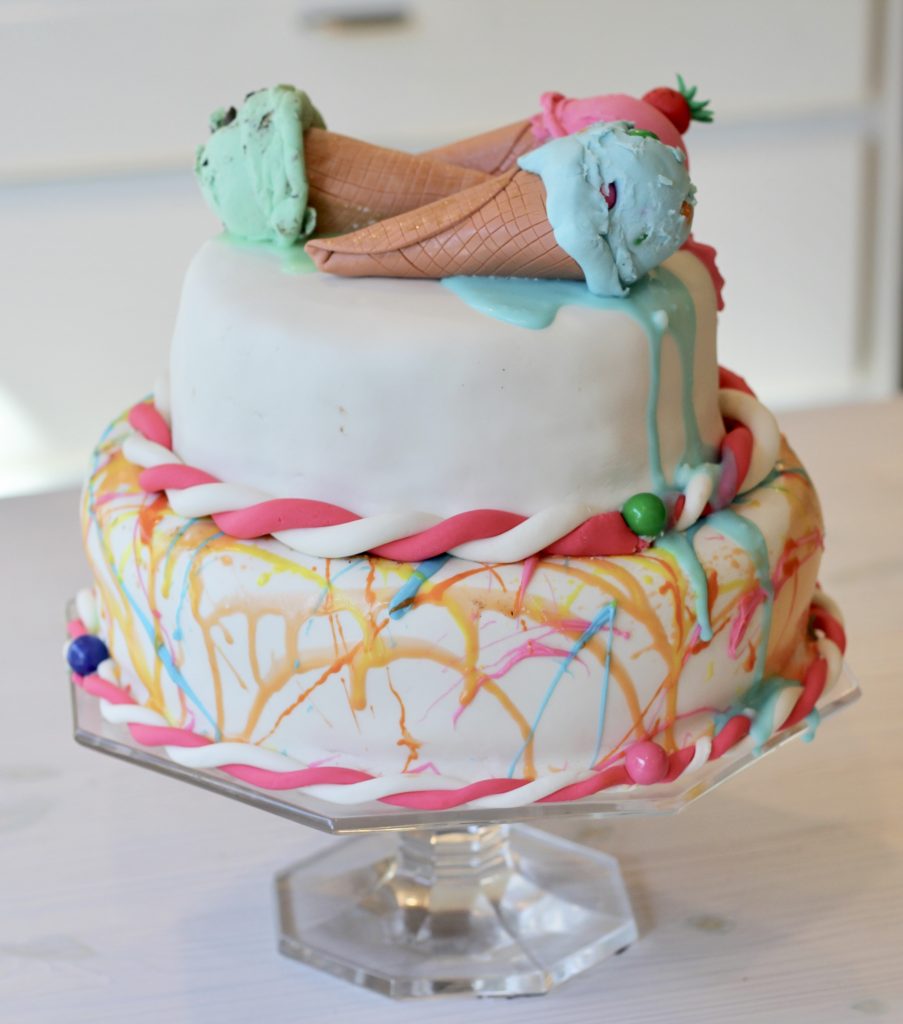 I started with the cones. I wrapped fondant around real cones and then added the pattern. Someone asked me why I didn’t just use real cones…   Oh… that would be so much easier, but obviously defeats the whole point of what I’m trying to do.  Truth be told, sometimes I don’t either! 😬😂 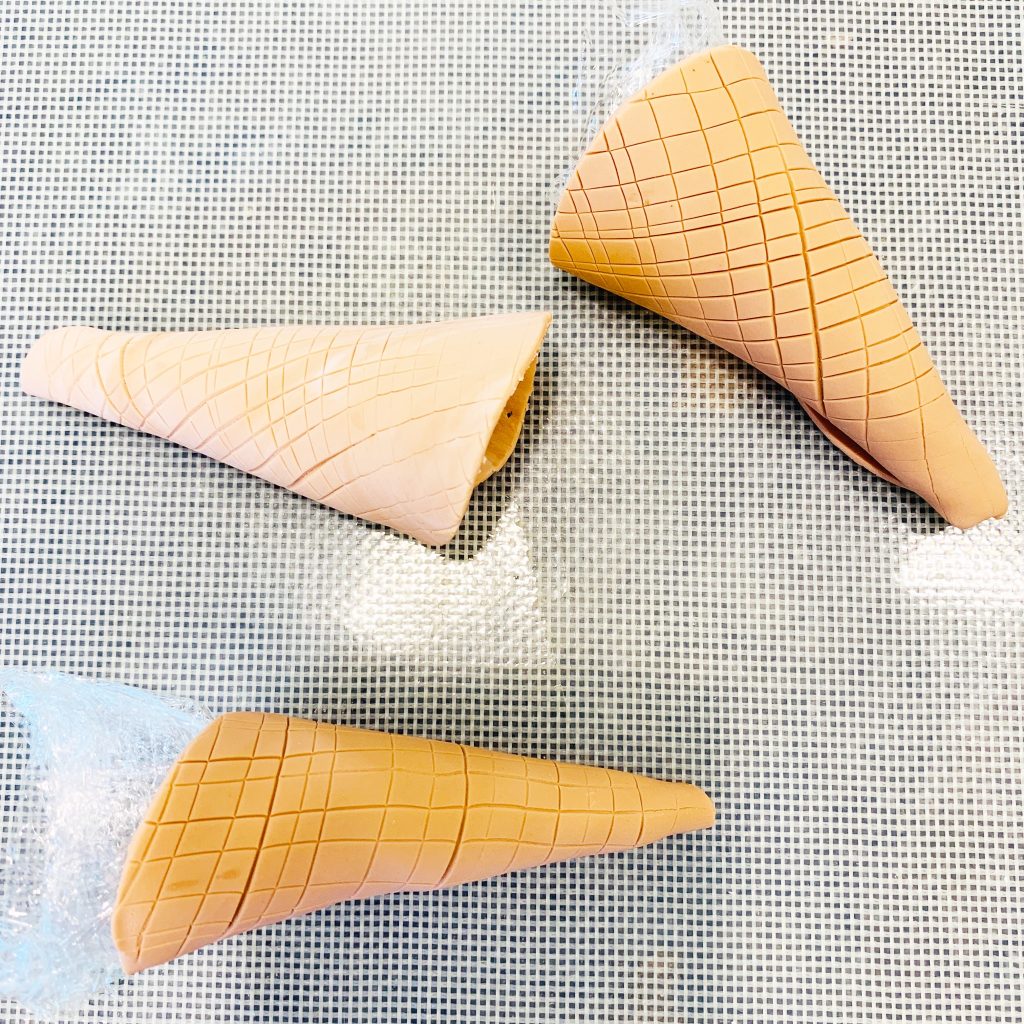 It felt a little bit like I was cheating to use an actual ice-cream scoop to form the fondant ice-cream.  I did it anyway. 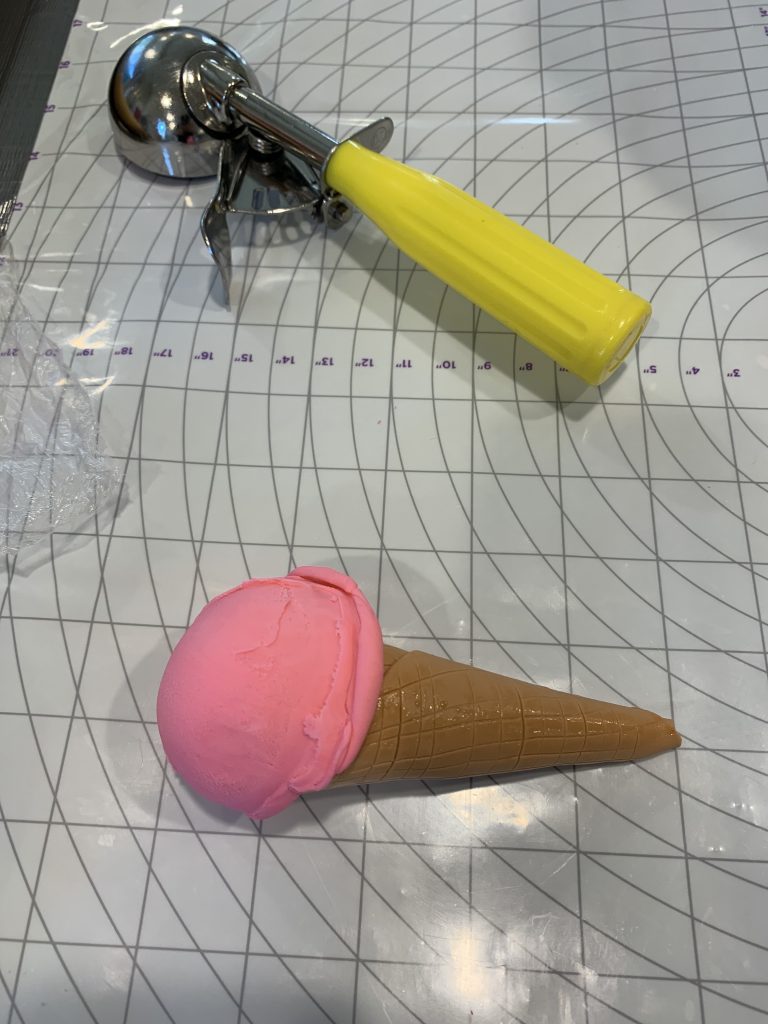 The splatter paint part was the hardest for me. I used candy melts, but they seized so quickly that it was mostly a gloppy mess. I played around with  it a lot and finally got it to work, but I definitely need a candy melt tutorial– or perhaps just use something else entirely if I ever go down the road of making cake pops. 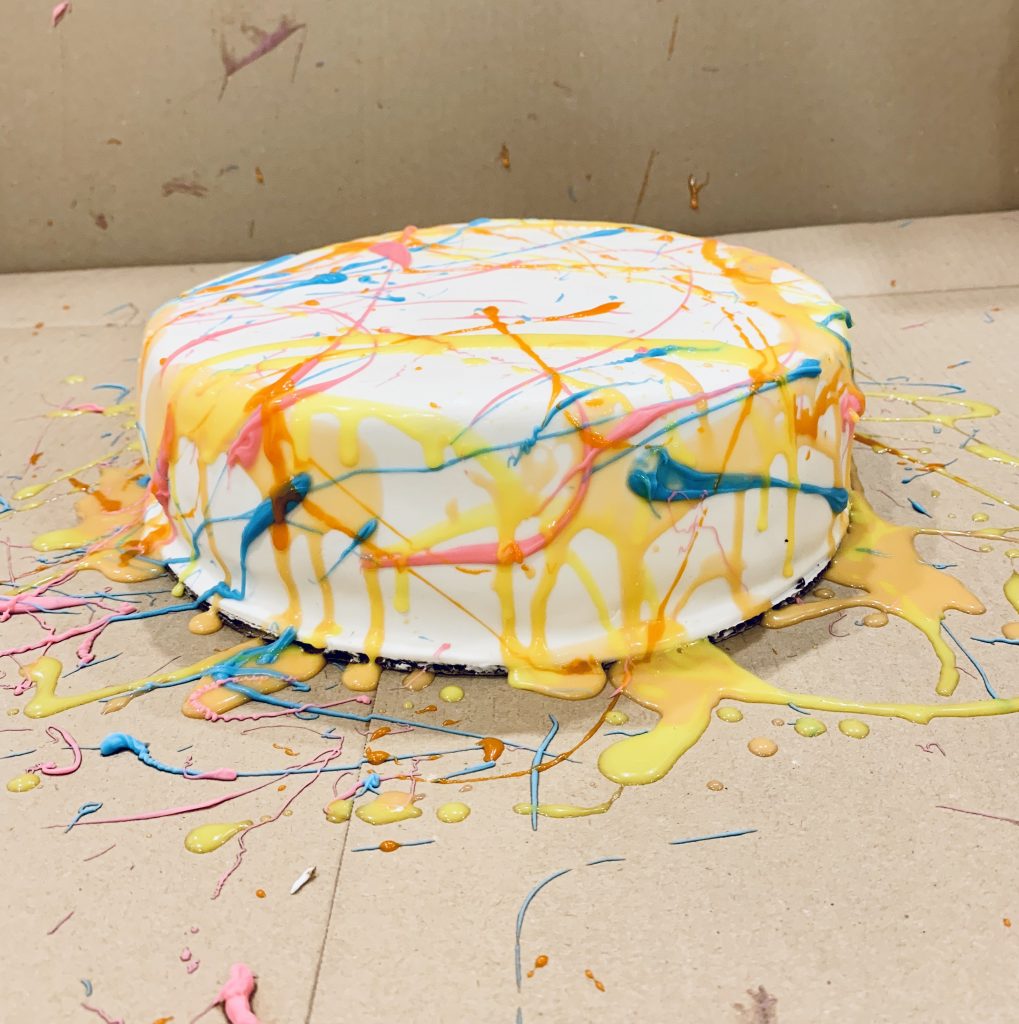 Here’s a shot of the top of the cake and the three cones:  Strawberry, mint chip and bubblegum flavors! 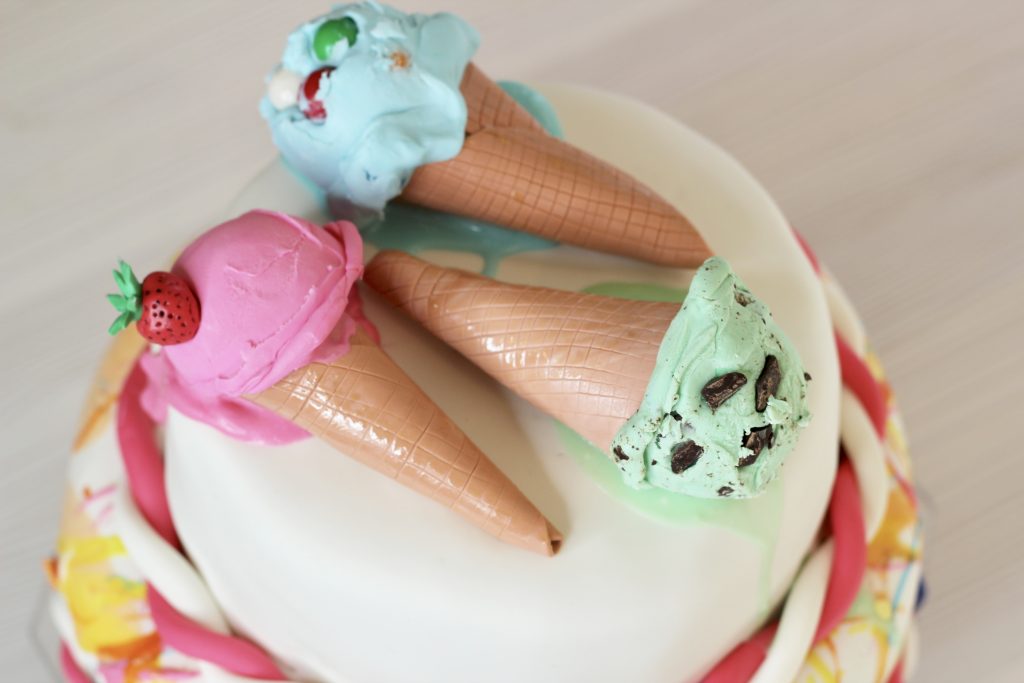 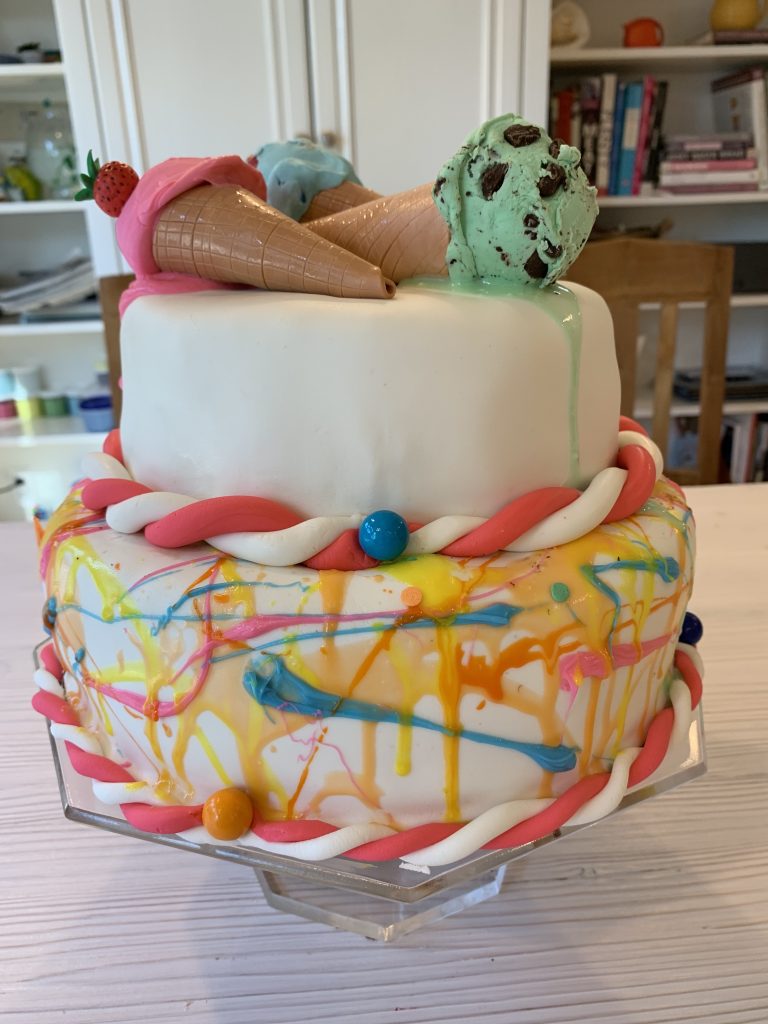 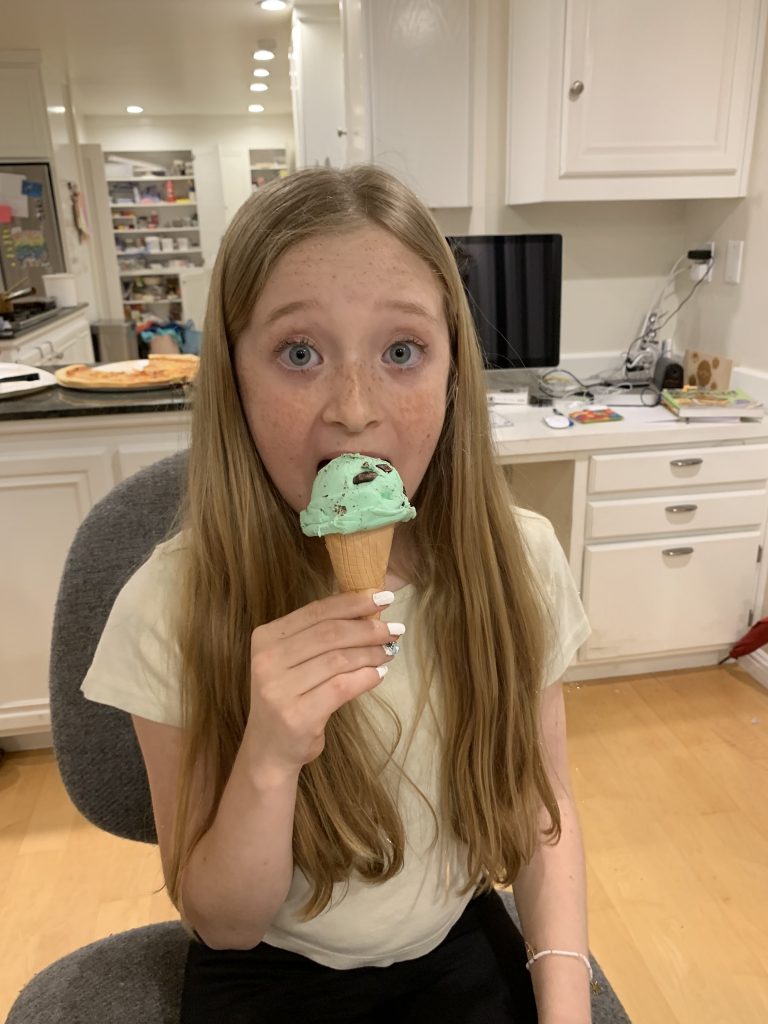